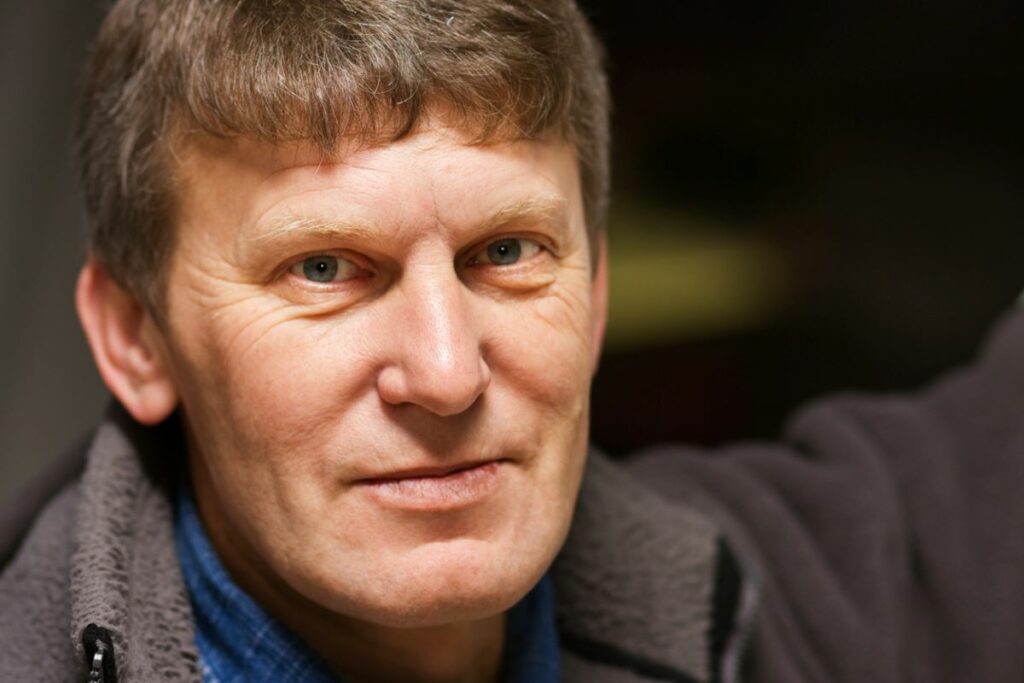 • Terry, a 58-year-old father of four, has been battling cocaine addiction and alcohol addiction for 40 years and is the first person to complete Help Me Stop’s intensive Dayhab programme in West London.
• At three and a half months clean, Terry says he ‘owes Help Me Stop his life’ and tells the story of his volatile journey in addiction and then into recovery.
• Terry describes himself as the ‘happiest customer’ of the Help Me Stop Dayhab programme, where he overcame his alcohol and cocaine addiction.

20 grams of cocaine taken in one week, with a strong desire to die: this is where Terry found himself before his family brought him to Help Me Stop’s doorstep on Acton High Street. ‘I nearly killed myself. I wanted to die. I never washed, I used to lock myself in the flat, my neighbours used to look at me in disgust,’ he says.

Bethnal Green born and bred, Terry describes the caring household he grew up in and the close connection he had to his grandmother. The middle boy of three brothers, with a younger sister, Terry was fiercely protective over his family but never himself. Forever a people pleaser, Terry reminisces, ‘My father said, ‘who’s gonna get the Evening Standard? I put my hand up straight away because I just wanted him to love me.’

In his teens, Terry began running a fish stall in Islington, and at the same time started social drinking and drug-taking. Before long, he was married, had his first daughter, and business had grown. At this point, Terry juggled ‘two-day binges’ of alcohol and cocaine with a growing business and new fatherhood. But the alcohol and cocaine addiction always came first. ‘I was 24 and getting five grams a week, and that was never enough.’

How Cocaine Addiction and Alcohol Addiction Took over Terry’s Life

Terry describes the routine he performed after binges. ‘I’d get the car cleaned and I’d get this big wardrobe, I’d clean every pair of shoes, get my little girl a new pair of pyjamas, my wife a dressing gown, me a new pair of pyjamas and I’d sit on that settee and say, “please god I won’t drink no more”’.

Before long, Terry began importing drugs, something he later served six years in prison for. He moved to Cambridge. ‘I was doing this binging and the wardrobe is getting bigger and I’m coming home, cleaning the shoes. It’s getting very, very regular.’ As the binges became more severe, Terry missed his daughter’s birthday and tried numerous Alcoholics Anonymous meetings with no avail. He remembers facing his wife after a long binge. ‘I walked down my drive and I knew I was swapping my wife for cocaine and a bottle of wine.’ Once alone, he spiralled, taking cocaine and drinking every day.

Still functioning as a successful businessman throughout his addiction, Terry’s businesses grew, he married again and had two more daughters. He bought a large farm, 13 horses, supercars, and spent nine years clean. Since being at Help Me Stop Dayhab, Terry reflects on those years, saying, ‘I told my girls I love them every day and bought them everything. But I never took them to the pictures or to the park, because I was so involved with me. I wasn’t happy in those 9 years; it doesn’t matter what I had.’

Eventually he ‘exhausted’ his wife and she left him. Terry spent Christmas alone, the business was going downhill, he’d been to prison and been to four rehab centres but none of them worked. ‘My life, it was like poison, complete poison. I’m drinking, I’m sniffing, I’m doing everything. I ain’t even bathing for two weeks.’ He recalls one of his darkest times, ‘I’m going round Morrisons, I’m nicking three bottles of wine. I’m sitting outside at quarter to 7, it opens at 7, and the road sweepers outside, and I’m saying to him “are you sure it’s not five to?” I was trying to nick 10 minutes.’ It was at this point that his family brought him to Help Me Stop.

‘It was unbelievable what I had in my life, and the mayhem I was causing. I came here and something happened.’ Terry says, ‘Today, I have completed the main programme and I’m just over three and a half months clean. I’m the happiest customer in the world.’ He’s excited about his new-found desire to help others as well. “I can’t believe this has all come from my body and soul. I never wanted to help anybody, even in the nine years I was clean.”

A man who had, and lost, a luxury farm, £30,000 a week of income, a garage of supercars, and the respect of his loved ones, has never felt richer than now. Terry recalls how he felt after a recent date where he turned down a boozy trip to the pub. ‘It’s like giving me a million pounds. It’s like giving me that Ferrari I wanted,’ he laughs.

One of the biggest reasons why people who need intensive alcohol and drug treatment don’t obtain it is because of the cost. ‘It’s not out of reach for ordinary folk like me,’ Terry says when asked why his family approached Help Me Stop. When asked why he thinks Help Me Stop worked so well for him compared with other treatment centres, Terry describes many of the centre’s therapists as his ‘best friends’, saying ‘there is a lot of genuine love here that I haven’t experienced elsewhere, genuine love and compassion’. “What we do here is also not like I’ve experienced elsewhere, educational stuff on the neuroscience of addiction, the behavioural stuff – something just clicked here.’ The fact that all of Help Me Stop’s staff have battled addiction in their pasts is something that Terry thinks helps them develop ‘that special connection and understanding.’

When Terry came to Help Me Stop, he had lost respect for himself. ‘Now I look at my neighbours and I’ve had a bath. I’ve got clean clothes. I’ve ironed my clothes that morning. I’ve been in the gym,’ he warmly describes. Perhaps the greatest win of them all, Terry concludes is this: ‘I like myself.’

Help Me Stop Dayhab: the Number One Alternative to Residential Addiction Treatment

Help Me Stop is the most affordable Dayhab treatment centre. Revolutionising alcohol and drug treatment, our focus is to create effective, flexible, accessible rehab in the real world.

Data from the US shows that around 70% of clients that complete this model of Dayhab are still clean and sober 9-12 months after completion. Outside of cost, one of the key features of this model of non-residential treatment is that it fits around work, study, or family commitments, making it convenient for most people with alcohol and drug problems.

Learn more here about the Help Me Stop Dayhab service. We’re also available directly on the phone on 0208 191 9191, via live chat or fill out our short contact form.