How Long Does Cocaine Stay in the System? 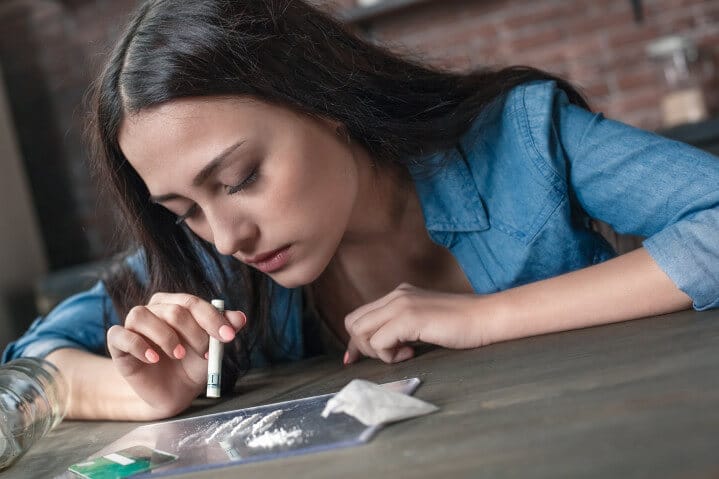 Cocaine can remain in someone’s system for some time. Depending on the method of detection used, cocaine can be picked up in a person for as little as 5 minutes or as long as 90 days. To better understand this we have listed the methods of detection and their effective times below.

How long do people act like they are on cocaine: When someone is experiencing the high of cocaine they are often restless, irritable and agitated. They may be talking faster than normal, their pupils will be dilated and they will likely have a runny nose. Other symptoms include hyperactivity and an increase in confidence.

These signs are often used as an initial test for cocaine in the system before any scientific means are employed. People who smoke or inject cocaine display these behaviours for between 5 and 15 minutes on average after use. People who snort or gum cocaine will exhibit these symptoms for an average of 15 to 30 minutes.

How long does cocaine stay in the blood: Cocaine stays in the bloodstream for approximately 2 days after the last use. This makes blood tests very accurate when trying to determine recent or frequent cocaine users.

How long does cocaine stay in saliva: Like blood, cocaine can be detected in saliva for up to 2 days. As saliva tests are easy to administer they are some of the most frequent testing methods used for detecting cocaine use.

How long does cocaine stay in urine: Metabolites stay in urine much longer than in blood or saliva. This means cocaine can be detected up to 4 days after your last use.

How long does cocaine stay in hair: A sample of hair can be used to detect cocaine up to 90 days after the last use. This is because hair can hold traces of cocaine whereas blood and other bodily fluids are regularly cleaned or expelled.

Other factors that can affect how long cocaine stays in the system are:

It is commonplace amongst cocaine users to minimise the risks involved their use but cocaine use can be fatal. Lucy White, a student from Bristol was just 24 when she died in hospital after a line of cocaine triggered a heart attack and then a coma. Unfortunately, she is one of many whose time ran out and did not have the opportunity to address things until it was too late.

The staff at Help Me Stop have all had problems with drugs or alcohol in the past, so we know first-hand how easy it is for your drinking and use of drugs to get out of hand. Equally, we know as psychotherapists and through life experience how to beat it. As one of our former clients says, we have a programme that helps you deal with your drug addiction and alcohol issues and “deal with real life on life’s terms”.