How Do You Know if Someone is Abusing Cocaine? 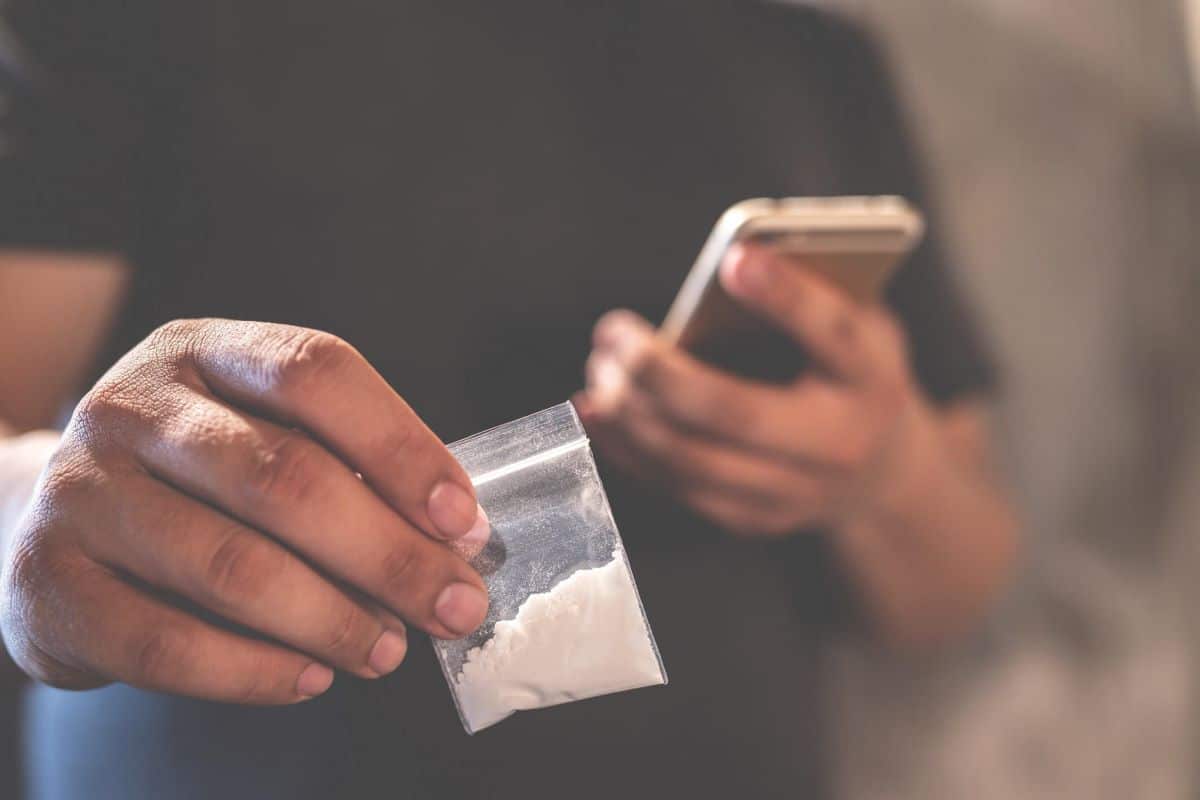 Cocaine is an exceptionally prevalent drug in our country. Londoners alone consume over 23kg of the class A drug every single day, suffering serious consequences to their health, social circles, career and wellbeing in the name of consuming the substance.

What You Need to Know about Cocaine

Cocaine is a highly addictive stimulant. It’s a Class A drug in the UK, meaning you can receive up to seven years in prison, an unlimited fine or both for possession – and up to life in prison for distribution. Cocaine is particularly popular in cities due in part to the extreme way it energises the user upon consumption, securing its place as a go-to ‘party drug’ for binges and nights out.

To understand whether cocaine is addictive, it is important to understand what addiction means as this is a term bandied about quite frequently and many problematic cocaine users will not identify themselves as having an addiction. When people discuss physical versus psychological addiction, physical addiction refers to the body’s dependence on a drug to feel “normal” versus the disease of addiction.

The current medical understanding of addiction involves changes to the structure of the reward system in the brain, leading to compulsive pursuit and ingestion of mind-altering substances.

People who struggle with problematic drug use usually develop physical dependence on a drug in addition to mental changes. Dependence involves changes in how neurotransmitters are released by the brain. Once a drug releases more serotonin, dopamine, or other combinations of neurotransmitters, the brain is less likely to continue this release process on its own and will begin to need the presence of the drug to reach equilibrium.

When a person has developed a dependence – or physical addiction – on a drug, they are likely to experience withdrawal symptoms when they stop taking it. Some prescription medicines, like benzodiazepines or some antidepressants, can cause physical dependence without the person being addicted to the drug. This means that they do not compulsively seek out the substance, but they may experience withdrawal symptoms if they stop taking their prescription suddenly without medical help

Physical addiction includes withdrawal symptoms and compulsively taking the drug to feel normal. With cocaine, people who abuse the drug may strongly desire the physical effects, not just the mental effects, of the stimulant. They may enjoy the increased energy, higher self-esteem, sense of accomplishment, or even the suppressed appetite (leading to rapid weight loss) that the drug causes. However, as a person enters into binge cycles with cocaine abuse, they are more likely to also suffer serious, dangerous side effects, including damage to the cardiovascular system, paranoia and delusions, and damage to the nose (which in extreme can lead to physical disfigurement), mouth, throat, and upper respiratory system.

The drug prevents dopamine, a neurotransmitter associated with elevated mood, pleasure, and excitement, from being reabsorbed. Instead, it lingers in the brain, causing intense euphoria. Once cocaine begins to wear off and dopamine is absorbed, the brain is too exhausted to make more dopamine without help; this leads to depression, exhaustion, mood swings, and other early withdrawal symptoms. To avoid these feelings, the person may immediately take another dose of cocaine in a process called reinforcement.

How to Know if Someone is Abusing Cocaine or Addicted to It?

There are general signs of someone falling into problematic drug use and addiction which also apply to cocaine. In addition to these, you may be able to identify cocaine use in someone by being aware of how the drug makes them act and appear.

Energy levels: Cocaine is an exceptionally powerful stimulant. When high on cocaine, a person will be extremely talkative and energised, often moving around on the spot or in a room as they gesticulate and ramble. This is the most overt and easily identifiable sign of someone high on cocaine. The effects may last for hours, although users typically take ‘bumps’ of more cocaine to maintain their high.

Nose: One of the side effects of cocaine use is the nose constantly running. Often cocaine users are completely unaware of how much they are sniffing or wiping their nose. As use turns into more serious binges then nose bleeds are more and more a common affair. Of course, there are also the often-tell-tale signs of white powder around nostrils or little clumps of white goo in the nostrils.

Mood swings and lack of sleep: When an individual uses cocaine, at least in the early stages, they are usually very social, vibrant, chatty, and seem like they are on top of the world. When the drug starts to wear off, the user’s mood changes. They may become hostile and not want to engage in conversation. Many people isolate after a cocaine binge by taking a depressant like alcohol to combat the residual effects of cocaine.

As someone’s cocaine use increases, which for most people it does as their tolerance levels increase, their mood swings increase too. This makes them more difficult to work and live with and a lot more unpredictable when out socialising as they have a higher propensity to kick off. As it is a stimulant, sleep patterns are often disturbed as users are too wired to settle and often the drug is taken in the evenings. Over time, this sleep deprivation leads to agitation and snappiness in the individual.

Sacrifice: One of the most universal symptoms of growing problematic cocaine use and dependency is sacrificing other commitments and areas of life in the name of doing more of the drug. Cocaine is no exception; if you are noticing your friend or loved one miss work, take less care of themselves physically and drop out of activities like going to the gym, it’s worth checking in with them – particularly if you have noticed some of the other signs.

These kinds of signs may indicate depression or other mental health and stress-related issues, but if you are suspicious about drug use they are common indicators of a person who is steadily giving up on life so that they can take more of the substance they increasingly crave.

Sudden changes: Just as the above signs may indicate problematic cocaine use, so too should you be aware of the pace of change. Problematic drug use is a disease that thrives in darkness; much of the harm and damage a person does to themselves in the name of it is hidden, making it hard to see the extent of the issue. From the outside, this can make it appear as though their condition and wellbeing are suddenly shifting for the worse in various ways.

If you notice a sudden decline in areas including trouble with the police, physical health and their ability to maintain the life they did before, they may be falling further into the downward spiral of substance abuse and dependency.

Chris Cordell*, Help Me Stop’s General Manager says, ‘The good news is that getting on top of problematic cocaine use is not only possible but highly achievable and thousands of people do it every day. Intensive psychotherapy is a highly effective part of treatment as it can help individuals change their ways of thinking, define emotional and environmental triggers, and create a more well-balanced individual. The process requires patience and endurance as well as compassion and understanding – but it does work.’

If You’re Abusing Cocaine, it Can Get Better and You Can Help Make it So

We hope you’ve found these points of advice informative. If you are concerned about the potential drug use of a friend or loved one, please refer to our other articles and return next week where we will be discussing practical steps you can take to help someone struggling with addiction to cocaine.

If you’d like impartial advice and support, please get in touch by calling us on 0208 191 9191 or by using our contact form. Find out more about our ground-breaking and affordable non-residential rehab programme. You can also find information on our online ‘Digital Dayhab’ programme here.