The Elephant in the Room: Why is No One Doing Anything about my Partner’s Drink and Drug Use? 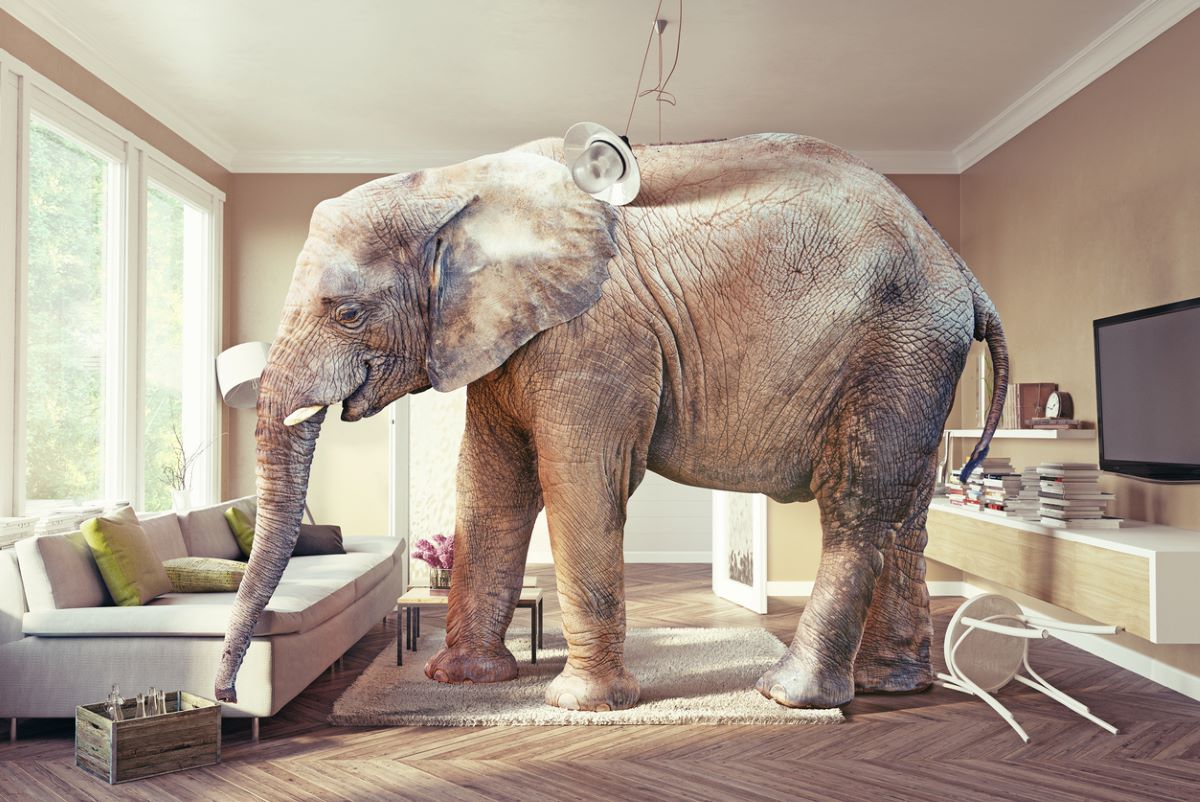 Families in which a partner abuses drugs or alcohol are unhappy. As drinking or drug use gets worse, it starts to take more and more time away from the family, eventually it will take its toll by creating an emotional distance that is often difficult to overcome and deal with. Often bringing up someone’s drink and drug use leaves to rows and fights. When the substance use eventually becomes one of the main reasons for fighting or arguing, what we see happen is a vicious cycle, in which substance use causes conflict, the conflict leads to more substance use as a way of reducing tension, conflict about the substance use escalates, more drinking or drug use occurs, and so on.

Its 9pm and once again Dave is late home after work. At home is his partner and 2 children. Dave works hard and has, over the years, got himself into a role that has a high level of responsibility. His partner also works and juggles their time between work and childcare; Dave has little involvement in childcare and doing household chores.

Despite advances in gender equality researchers still conclude that in studies gender equality in divisions of household chores and childcare among modern couples in the UK are rare, adding that “gender norms remain strong”.

Dave comes from a family of doers with a high work ethic. His father didn’t have a great education but went onto start his own business which his brother has recently taken over. His father and brother “work hard and play hard” and alcohol has always played a part in this.

Dave has a similar ethic to his dad and brother and before he had children him and his partner would often party into the early hours with both alcohol and cocaine and ketamine. This changed once the children came along, especially for his partner who temporarily stopped work and stopped any drug use and would drink only in moderation. Dave worked harder to earn more money to provide financially for his family and had less of a party lifestyle but would have a regular blowout on a Friday night with mates from work where he often didn’t come back home until the early hours.

Over the year’s things levelled out and Dave’s partner started to return to work and life settled into a bit of pattern of Dave’s occasional blow outs every fortnight or so. This has generated a few arguments over the years as his partner was not included but also his behaviour on his return is unpleasant.

Recently Dave has been coming home late after work 2 or 3 times every week, a bit drunk and clearly looking as though he was wired.

Dave’s partner doesn’t know what to do. She has raised her concern with Dave’s brother and dad in the past as she has a great relationship with them, but it was brushed off that he’s not doing any harm and deserves to have some fun.

She has spoken to her own parents whose approach is that Dave is a “good man” and “don’t rock the boat”. She also doesn’t want to come across as a nag as she had witnessed her own mother berate her father for doing anything that didn’t include her in it and saw how miserable this made him and she doesn’t want to be “that person”.

This being the case maybe she is being unfair, it is certainly something Dave has said to her before when she has bought it up. Perhaps it is her fault and that maybe she is putting too much pressure on Dave for a nice lifestyle. And so a pattern starts to emerge where Dave’s partner starts blaming herself for Dave’s behaviour, making compromises and excuses to herself that its okay for Dave to carry on with what he is doing. Dinner parties are cancelled as Dave’s “running late again”, excuses made to friends about Dave huge workload and over time Dave is seeing less and less of the kids as he is often late back. So Dave’s partner starts to settle down to evenings of her on her own with the kids & a couple of glasses of wine.

However, deep down, Dave’s partner knows things aren’t right, she’s worried about Dave’s increasing drink and drug use and that he is turning into a different person. She also knows that her two glasses of wine are in fact a bit more than 2 and every day.

Yes, Yes & Yes. The bottom line is left unchecked Dave’s use is only going to get worse and now there is a likelihood of Dave’s partner starting to self-medicate with alcohol. There are many different treatments available that can be effective in reducing or eliminating problems with alcohol or other drugs. Some treatments involve individual psychotherapy, others involve groupwork, some involve residential treatment and still others involve self-help meetings and support groups like Alcoholics Anonymous or Narcotic Anonymous.

If your partner has a problem with drugs or alcohol, getting him or her to engage in treatment may be one of the best things you can do for him or her and your family. But what if your partner refuses to admit they have drinking or drug problem?

This is a very common problem and is an ideal time to reach out to professional services as they can give you ideas and information on motivating your partner to consider getting help.

But What About Your Relationship?

Programmes like Help Me Stops Dayhab incorporates conjoint couple sessions as well as offering a sperate family programme for partners and family members.

New methods of drug and alcohol treatment are changing that. If you or a loved one now suffers from substance misuse wants to stop the issue before it gets worse, there are options for you. Help Me Stop’s intensive non-residential Dayhab programme is 6-weeks of integrative psychotherapy, group sessions with weekly one-to-one counselling. We offer accessible aftercare and family support options to minimise the risk of relapse and to maximise the support of friends and loved ones that is so important to long-term success.

Our Online Rehab programme is even more affordable. It’s an excellent choice for adults who may have a smaller budget and are working and can’t access services in the day. Families can also access support online.