How Do You Know if Someone is Abusing Prescription Drugs? 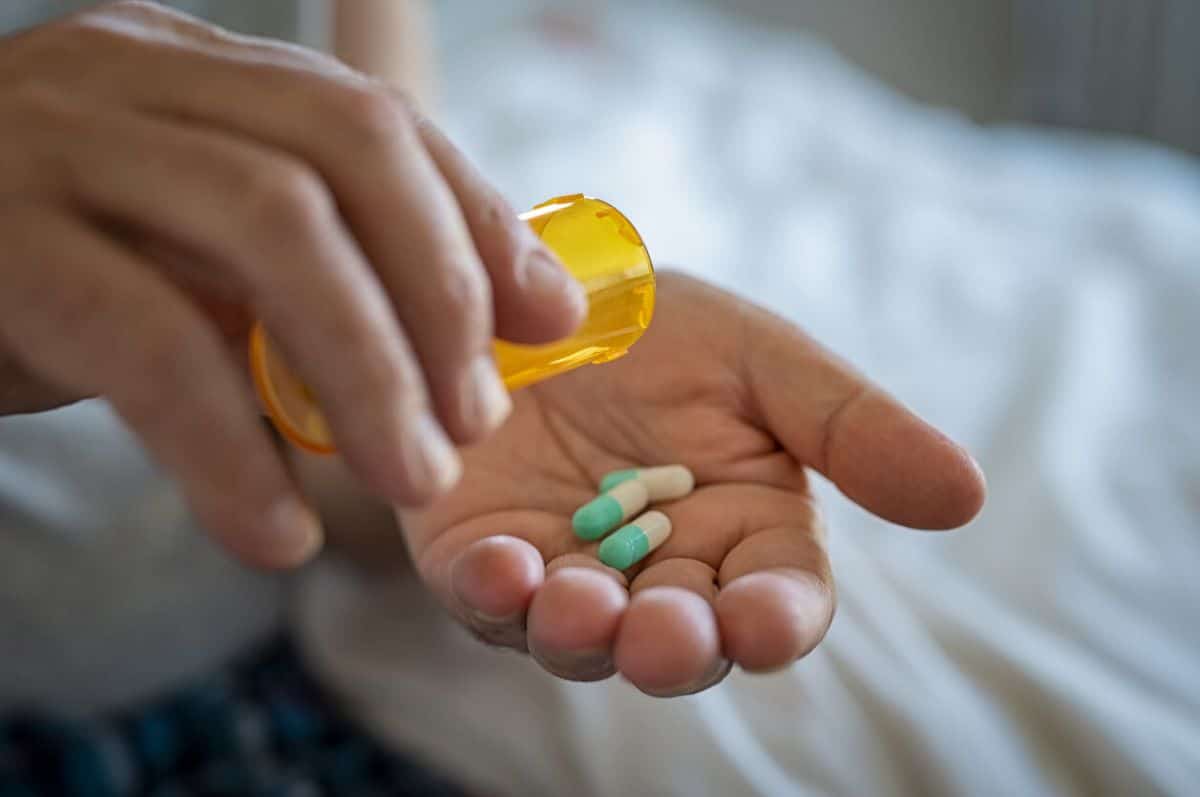 Drugs don’t have to be illegal to be harmful. Prescription drug misuse and addiction is a widespread and complex issue in the United Kingdom. Surveys of over 12 million adults polled in 2019 found as many as one in four to regularly take addictive medicines, with half of that number having taken them for over 12 months. For these adults, the end of their prescription will bring with it significant physical, psychological and emotional withdrawal symptoms that must be faced and overcome.

Today the Help Me Stop team is listing initial signs that can indicate misuse, dependency or addiction to prescription drugs.

If you have immediate concerns about your own use or that of a loved one, please call us immediately at no obligation on 0208 191 9191 or use our contact form to get in touch.

Addiction shows itself in a person’s behaviour as well as changes to their physical and mental state. The following actions are examples of behavioural symptoms of addiction and dependency that are specific to prescription drug abuse.

Losing prescriptions: It is possible to have your prescription replaced by your GP if you claim to have lost it. Unsurprisingly, this is commonly attempted by individuals who are abusing their prescribed substance in a bid to obtain more than their prescription states.

Avoiding contact: Strong social connections are one of the strongest defences a person can have against the threat of addiction – and they’re the first thing to go as addiction takes hold. A previously sociable person dropping off the radar can indicate they are struggling with a growing substance abuse issue.

What do psychological symptoms of prescription drug abuse look like?

Psychological symptoms are those that affect the mind and mood of the individual. Here are common examples that may indicate abuse or addictio

Depression: Depression and a ‘flat’ mood are common symptoms of a dependency on drugs. A person may exhibit what is known as a reduced emotional reactivity, wherein they respond less to any form of conversation or stimuli, appearing distant during conversation and when alone.

Elevated mood: Conversely, it’s often the case that individuals abusing prescription drugs will oscillate between a very positive mood and a depressed one. This can be for a variety of reasons; they may, for example, become very happy when they have obtained more of the drug they are using as a coping mechanism to alleviate their withdrawal symptoms.

Agitation: It’s common for a person who is abusing drugs to become irritable – especially when probed with a question. Addiction and substance abuse is a secret shame that adults will aim to hide and keep to themselves as much as they are possible and for as long as possible.  Anything that threatens to expose this may be met with abnormal hostility or excuses.

Confusion and memory issues: Particularly true with strong painkillers during and after the high, signs of confusion and disorientation are common as a person readjusts to being sober during their comedown. This is sometimes also characterised by an inability to focus on a task or conversation.

What’s a solution to help someone abusing prescription drugs?

In many cases, a growing dependency on or abuse of prescription drugs is something that doesn’t warrant a full rehab programme. In such cases, it’s ideal to have access a non-residential treatment programme that is intensive and easily accessed, such as Help Me Stop’s online Digital Dayhab offering or a face to face programme that can be fit around work such as Help Me Stop’s Dayhab in London. Equally important is the involvement of the primary prescriber in this as medical involvement is also vital.

We designed this programme to be accessible to more adults than ever before who need treatment and help in the UK. It’s intensive, effective and is able to fit around work and life commitments.

If you’d like to discuss this programme with us in more detail or would like to chat with one of our drug and alcohol treatment professionals for any other reason, please call us on 0208 191 9191 or use the aforementioned contact form.