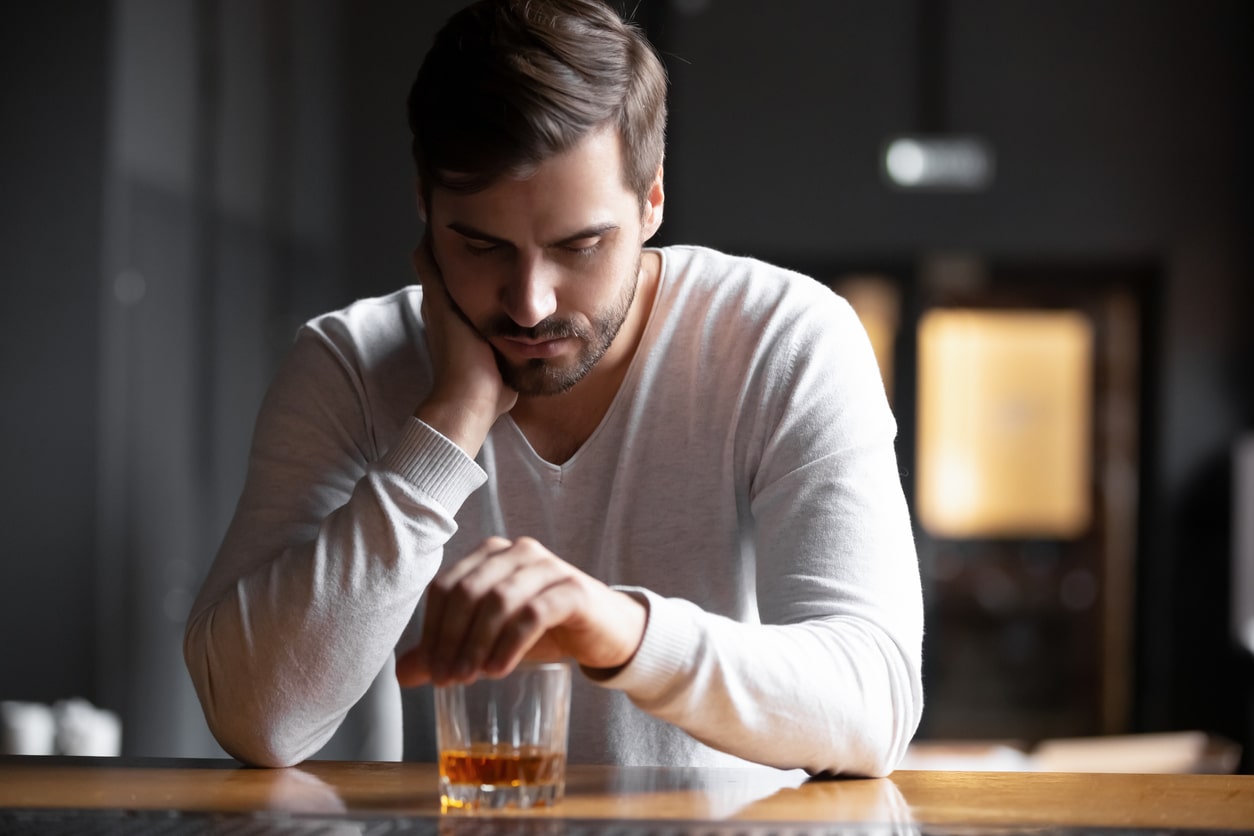 Alcohol cravings are different for everyone. For some, the smell of a hand sanitiser with a high alcohol content can be all it takes to trigger a strong mental obsession that leads to the physical compulsion to drink. For others, something as innocent as the sound of a cork coming out of a bottle is enough to bring about the urge to begin the cycle of drinking again. Alcohol rehab could help as well as engagement with 12 step programmes (including groups such as Alcoholics Anonymous or Narcotics Anonymous), which have many thousands who have found a solution to living a sober and clean life.

For those addicted to alcohol, be that physical dependence or psychological, resisting cravings is not an option. Once the mental obsession begins and the first drink is taken, the wheels are set in motion, the physical compulsion begins and the game is over. The good news is that just because it is something you are currently struggling with, this doesn’t mean that the obsession cannot be lifted. Obsession can be defined as an idea or thought that continually preoccupies or intrudes one’s mind. Addiction or alcoholism is something that can be lived alongside instead of removed entirely. The same way a diabetic can live with the use of insulin, is the same way an alcoholic can live with a programme of recovery.

Many people do not think of alcohol as a drug. However, the statistics show that it is the number one substance for deaths from the drug itself and alcohol related. If we think of a drug as any mind- or mood-altering substance then it can easily be said that alcohol IS a drug. In this blog, we’re talking in a little more detail about the reality of alcohol and addiction and we give some facts about the condition.

How Do Alcohol Cravings Happen?

In short, alcohol is a drug. It disrupts the natural state of our bodies when we ingest it and it strongly affects our ability to regulate and control our emotions, motor skills and decision making. Alcohol is actually treated by the body as a poison. Once it is ingested, the body tries to expel the poison as quickly as possible. Resulting in sweating, visits to the toilet, or the quickest way, vomiting!

An alcoholic is someone who finds it impossible to stay stopped from drinking for any prolonged period of time. A common myth is that one should be able to stop on will power. Unfortunately, for the alcoholic an invisible line has been crossed from which there is no return. As someone who has been in a position where I could not moderate my drinking I often say, ‘I had a lifetime quota of alcohol, I just used it up very quickly!’ The alcoholic finds they can no longer successfully drink again and evidence suggests that only total abstinence can prevent the cravings from turning into a full-blown episode. It can sometimes seem like the drinking is under control, although in time the person realises they are progressively drinking more and more until they begin, once again to see the unmanageability of their drinking. Alcohol rehab can help provide the initial break from drinking and introduction into a 12-step support group to facilitate long-term abstinence and recovery.

When someone is having a challenging time, cravings to drink seem like the solution to what is a short-term problem. The want or desire to drink will pass, as will the situation they are facing, if the person gives it the time required. It is often suggested to keep away from people who were associated with drinking, the places such as pubs or bars where one drank, or the things/ paraphernalia such as whisky tumblers or decanters that one used in their drinking.

Alcohol poisoning occurs when the body cannot get the substance out quick enough the internal organs begin to shut down, requiring the person to be admitted into hospital.

Neurons or cells that fire together, wire together. What this means is that when any two cells or systems that are repeatedly active at the same time will tend to get ‘associated’. When this happens, activity in one facilitates activity in the other.

Alcohol and other drugs release the feel-good chemical dopamine. The brain releases this naturally when we do something we need to do, such as eat food, drink water, social interaction. It does so in proportion to the activity we are doing. For example, having sex releases a high amount of dopamine as the body sees it as a natural way of ensuring its survival and the survival of the species. When someone continually abuses alcohol, they find a way to bypass the natural reward system by flooding the system with this feel-good chemical without the effort. Eventually dopamine in the body becomes depleted of its reserves, forcing them to consume more and more to try and achieve the same feeling. At the same time not receiving the benefit from doing the things the body would naturally release the chemical by doing, making the person feel more and more depressed and less likely to perform day to day tasks, like eating and bathing. With this increase in tolerance, which we cover in a little more detail on about addiction, the threshold of how much they have to consume to get the high they want keeps going up.

This process is repeated for years and it is like adding a layer to wiring, continually re-enforcing the behaviour and making it harder to break the pattern, the same way it would be harder to sever a wire.

The good news is any habit can be broken. One proven Dayhab and Digital Dayhab model is an intensive period of changed behaviour and education. Here at Help Me Stop, our experienced team offer a 6-week programme: 4 weeks’ full time intensive and 2 weeks’ part time, followed by an extra 12 weeks of aftercare. At this point, with over 100 days of continuous sobriety, a person is well equipped with the tools they need to continue a life in recovery, aided by the support of 12 step groups in their local community. One thing about recovery to remember is that you only need to change one thing, and that one thing is…everything!

With the support of others on the road to recovery, it is possible to live a wonderful life, brimming with opportunity and infinite possibility. It is crucial to recognise that it is impossible to think your way out of something with the same brain that thought you into it. By becoming open-minded and teachable it is possible to learn a new way to live.

Taking the right actions consistently over a period of time will begin to require the brain to create new pathways, and break down the existing ones. This is the restructuring which allows one to break old habits and form new ones.

If someone ate carrots everyday for a long period of time, the likelihood is that if they stopped eating carrots, they would think about carrots. Some triggers for such a person would include the colour orange, maybe seeing rabbits. This is an example of a trigger or something that can set off a craving. It is a good idea for such a person to avoid the carrot section at the supermarket. The same way it would be a bad idea for someone choosing not to drink to enter an off licence or the pub.

In treatment, one begins understanding your specific triggers: those unique things that bring about cravings for alcohol or other substances. As mentioned at the start of the article, this could be something as benign as a smell, it could be a location you used to drink at or even a programme you used to watch when drunk. In particular with alcohol, it can be the gateway substance that lowers the person’s inhibitions to take drugs they wouldn’t normally take or act in ways/ engage in behaviours they wouldn’t have sober.

Want to Talk about Alcohol?

In closing, the Help Me Stop team wants to remind you that there is no one picture of problematic alcohol use and addiction. Problematic alcohol use and drug use, while affecting the mind and body the same way, look different for every individual who suffers from them and triumphs against them. It’s important to understand this and not to judge yourself for how you or others perceive your challenges.

Click now for alcohol help near you as well as our online alcohol rehab programme.

Call us if need help to stop for you or a loved one on 0208 191 9191. Alternatively, use our contact form or live chat to get in touch today about affordable addiction treatment.

You can take their quick quiz in the Sun newspaper, to find out if you are drinking too much.