Mixing Drugs: How to Spot the Signs, Understand the Dangers and Help a Loved One Stop 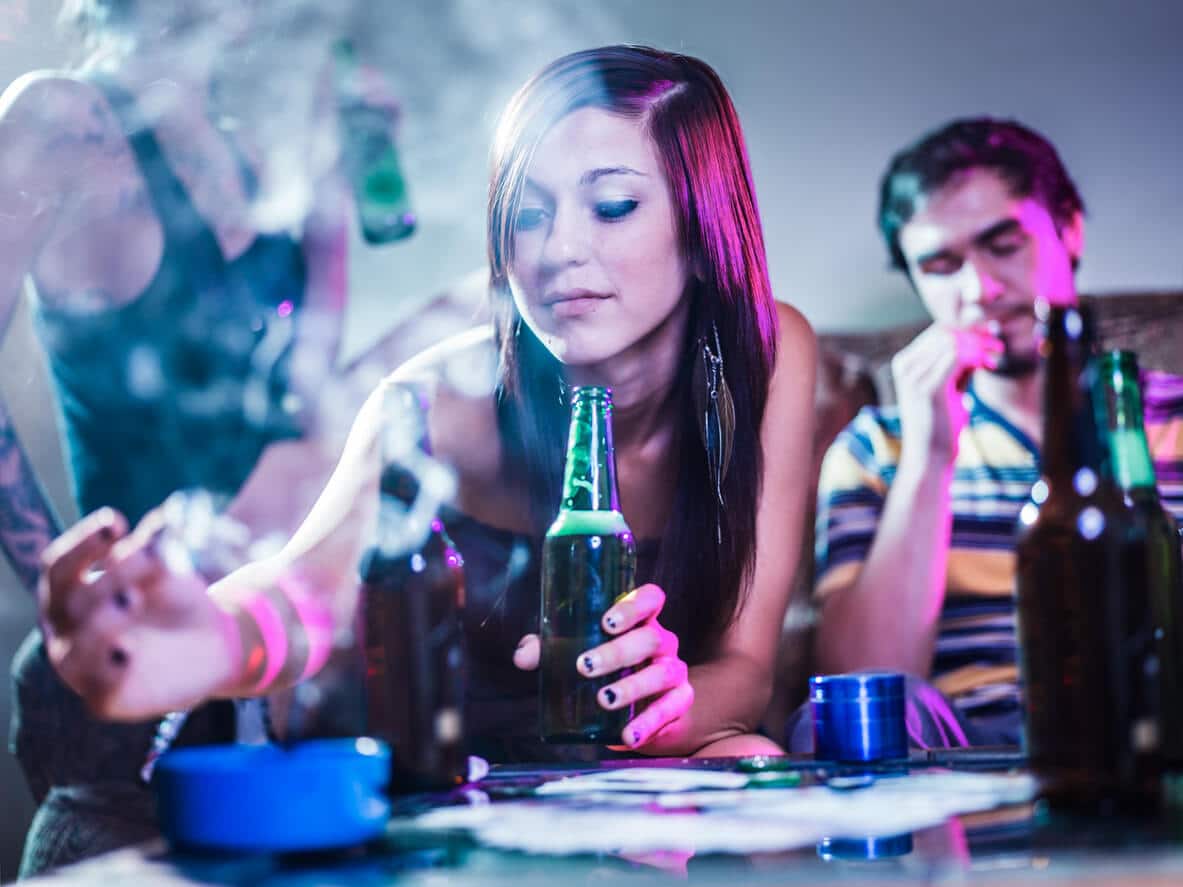 A friend or loved one is regularly using drugs and alcohol. They’re often using at the same time and you’re rightfully worried; mixing drugs and alcohol, also referred to as polydrug or polysubstance use, elevates the potential for harm and the development of addiction.

Today we’re looking at common drug combinations. We’ll examine what their effects and dangers are and offer advice on how to support a loved one who may be falling into the spiral of substance abuse and dependency.

If you’re worried about a person you know and their drug use and need to talk immediately, we’re right here: call us on 0208 191 9191 or email us here.

Why do people mix substances?

In many cases, adults mix substances due to peer pressure when in social settings. This is particularly dangerous as it often coincides with a lack of knowledge on the dangers of combining drugs, which can vary from the individual risks associated with each that is consumed.

Chemsex: An extremely dangerous form of polydrug use

An increasingly common example of this is chemsex, a term used to describe the mixing of drugs predominantly in the gay community. With chemsex, substances including mephedrone, methamphetamine, GBL and GHB are combined to produce a euphoric and arousing rush of energy that enables participants to have sex for greatly extended periods of time.

Chemsex related deaths are a terrible affliction upon the gay community in the UK, leading to severe injury, loss of life and, in many cases, the development of depression. Due to its prevalence in gay culture, many gay men feel pressured and obliged to partake in chemsex in order to join social circles and to find romantic partners and relationships.

Many of these individuals are highly vulnerable, with over a quarter of individuals polled in 2019 who partake in chemsex having been found to have been sexually assaulted. In similar studies, two-thirds of gay men polled said they had serious issues with chemsex including addiction, sexual assault and overdosing.

What are other examples of polydrug use?

Other kinds of polysubstance abuse are much more common in daily life. Some combinations, such as alcohol and prescription drugs, are combined by accident or by people who are unaware of the dangers or do not even consider themselves as using those drugs recreationally, such as an adult drinking a glass or two of wine in the evening while also taking prescription painkillers due to an injury. In such cases, the danger of growing dependency can threaten an otherwise responsible adult who lacks awareness of the risks of their substance misuse.

Here are further examples of drug combinations commonly used in the UK.

Alcohol and codeine: Codeine is a strong narcotic painkiller. If you or a loved one is prescribed codeine, it’s important to follow the instructions and warning labels – both of which will specify not to combine with alcohol.

This combination is exceptionally risky. Both substances are dangerous individually and when combined can spike blood levels to dangerous levels. Judgement is impaired and life-threatening issues like respiratory distress and comas can occur.

Alcohol and ecstasy: This is a dangerous and common polydrug combination, partly due to the prevalent use of ecstasy as a party drug in clubs and bars where alcohol is already being consumed.

Ecstasy is a stimulant that increases stamina and feelings of pleasure. Combined with alcohol, key side effects and risks include dehydration, increased irritability and depression, impaired judgement and the risk of more severe effects including kidney damage. There is also a risk of mixing alcohol with unknown substances which may be included in the ecstasy pill itself, often to ‘cut’ the pill to improve profits upon sale.

Alcohol and cocaine: Similar to the combination of alcohol and ecstasy, this form of polydrug use is very common across the UK and in London, where over 23kg of cocaine are consumed each day. This combination of substances brings around drastic changes in mood, behaviour and mindset. Inhibition is lowered and the intoxicated user risks overdosing as the two drugs compete to affect the body.

Alcohol and cocaine use brings a drastic range of potential health issues, some of which can be fatal. Breathing issues, increased heart rate and blood pressure and heart palpitations can worsen into instances of aneurysms, strokes, brain damage, coma and death.

What can I do if I or a loved one is involved in chemsex or polydrug use?

It’s important to understand that rehab isn’t just an expensive, residential affair anymore. Help Me Stop offers intensive all-online Digital ‘Dayhab’ and in-person, non-residential Dayhab programmes. They’re far less costly, fit around work and family life and match or exceed the success rates of traditional programmes. Because of this, adults can access professional support to solve their drug misuse before it worsens into full-blown addiction and the harm that brings.

We also encourage you to visit our blog section where you can read new articles every week on how to beat substance misuse and how to help those struggling with it. If you’d like to chat with a professional from the team directly at no obligation, please feel free to do so by calling us on 0208 191 9191 or by emailing us.